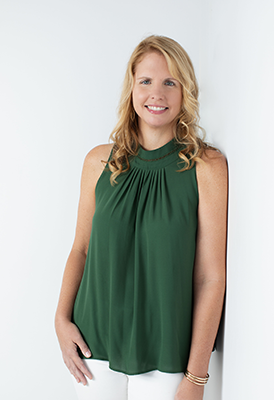 Karen is a career international higher education professional with 18 years of experience cultivating international academic opportunities for American college students as well as visiting students and scholars from abroad to the U.S. She specializes in multi-faceted partnership development, education abroad programming and intercultural training. She is now focused on reconciling environmental sustainability, as well as issues around Climate Action and Climate Justice, with these endeavors. Karen has worked for a large public university and a mid-sized private university in the U.S., two third party study abroad program providers as well as an Italian institute of higher education. She studied abroad in Costa Rica and Scotland, interned abroad in Ireland, was an international graduate student in the United Kingdom and is a Returned Peace Corps Volunteer (Antigua, West Indies). She earned her doctorate in Educational Policy and Administration for International Educators at the University of Minnesota, having conducted research in, and later returning as a Fulbright Specialist to, Bangkok and Chiang Mai, Thailand. She is the Past Chair of NAFSA's Education Abroad Knowledge Community and, most recently, a member of the Climate Reality Project Leadership Corps. 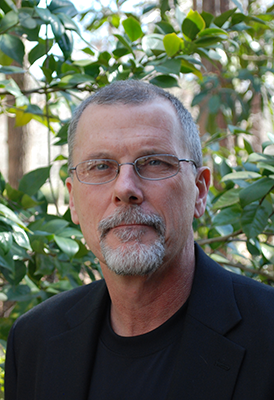 William (Bill) Buskist is the Distinguished Professor Emeritus in the Teaching of Psychology and is a former Faculty Fellow at Auburn University's Biggio Center for the Enhancement of Teaching and Learning. In his 34 years at Auburn, he taught over 35,000 undergraduates. His primary research interests include the professional development of graduate students and new faculty, peer review of teaching, international perspectives on mastery teaching, excellence in teaching and effective student learning.

He has written or edited 24 books and published nearly 70 articles on college and university teaching including Evidence-Based Teaching (2011; with Jim Groccia), Effective College and University Teaching: Strategies and Tactics for the New Professoriate (2012; with Victor Benassi), Handbook of College and University Teaching: Global Perspectives (2012; with Jim Groccia and Mohammed Al Sudairi), and Preparing the New Psychology Professoriate: Helping Graduate Students Become Competent Teachers (2014; with Jessica Busler and Barney Beins). He recently has edited two volumes of New Directions for Teaching and Learning: Student engagement: A multidimensional perspective (with Jim Groccia in 2017) and Habits and practices of master teachers: International perspectives on excellent teaching (with Jared Keeley, 2018).

In 2005, he was a co-recipient of Auburn's highest teaching honor, The Gerald and Emily Leischuck Presidential Award for Excellence in Teaching. He was the American Psychological Association's (APA) 2005 Harry Kirke Wolfe lecturer. He also is a recipient of the 2000 Robert S. Daniel Teaching Excellence Award from the Society of the Teaching of Psychology, the 2009 Fred S. Keller Behavioral Education Award (APA Division 25) and the 2009 American Psychological Foundation's Charles L. Brewer Distinguished Teaching of Psychology Award. In 2011 and again in 2014, he received Auburn's Honors College's Teacher of the Year Award. In 2013, he was awarded a Presidential Citation from the Society for the Teaching of Psychology for lifetime contributions to the teaching of psychology. In 2015, he received Psi Chi award for excellence in teaching and in 2016, he was inducted into Auburn's Global Teaching Academy. He consults nationally and internationally on topics such as professional development, teaching strategies and techniques, excellence in college and university teaching and peer review of teaching. He is a Fellow of APA Divisions 1 (General Psychology), 2 (Society for the Teaching of Psychology) and 52 (International Psychology). His proudest career achievement, though, is having seven of his former graduate students honored with national teaching awards.

"What's Next: How to Internationalize Our Own Teaching and Learning Skills, Products and Networks"

Professor Emeritus of Higher Education, Auburn University and Visiting Professor at the Institute of Educational Sciences, University of Tartu, Estonia 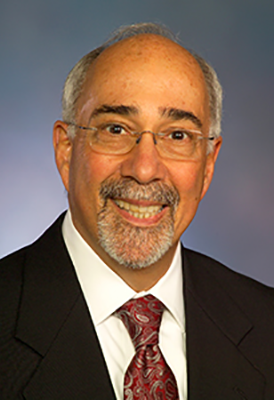 As a Visiting Professor at the University of Tartu, James teaches a course for international doctoral students entitled “Learning, Teaching and Supervision in Higher Education”. A former President of the Professional and Organizational Development (POD) Network, James is the author/co-author/co-editor of numerous book chapters and journal articles and 11 books on teaching, learning and higher education. His latest project is a co-edited special topic issue of the New Directions for Teaching and Learning journal entitled “International Perspectives on University Teaching and Learning” (Wiley, 2022). James was a Fulbright Scholar at the University of Tartu (2011-12) and a Distinguished Visiting Professor at the American University in Cairo in 2014. James has presented at conferences, consulted and conducted workshops throughout the U.S. as well as in Ecuador, Egypt, England, Estonia, Ghana, Hungary, Ireland, Germany, Scotland, Lebanon, Lithuania, Saudi Arabia and Siberia. 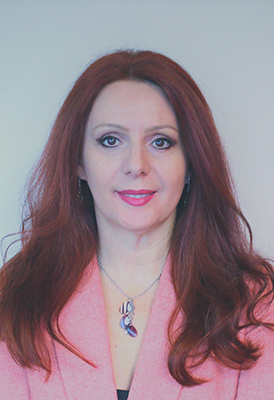 Aferdita Krasniqi works on the Fulbright U.S. Scholar Program. She manages the Fulbright Scholar Alumni Ambassador Program, leads initiatives with Fulbright Scholar Liaisons in U.S. campuses and serves as a Lead for Europe and Eurasia region. Prior to this role, she served as an Outreach and Recruitment Officer for Europe and Eurasia for five years and was responsible for the development and execution of key recruitment initiatives including the Fulbright Scholar Outreach Partnerships. Aferdita’s background prior to joining IIE in 2017 includes working as a Cultural Exchanges Advisor at the U.S. Embassy in Kosovo for 17 years. She has a bachelors in English Language and Literature and is a native speaker of Albanian and speaks fluent Serbian. Aferdita is passionate about building bridges between people; this year marks her 23rd year of working with the Fulbright Program. She can be reached at akrasniqi@iie.org. 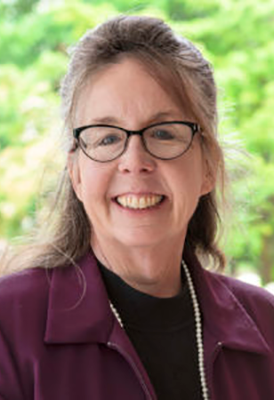 Prior to her current role, Dr. Wehlburg was Founding Dean for the College of Sciences, Mathematics, and Education at Marymount University. She has served in several different roles in her 30 years of higher education as a tenured full professor, department chair, associate dean, dean and associate provost. In each of these roles, she has focused on assessment of learning, mission, enhancing student learning and strategic decision making. Dr. Wehlburg has published many articles, books and chapters and has always had a focus on educating the whole student as the essential role in higher education. She has been recognized for her work in student learning outcomes assessment by being elected president of the Association for the Assessment of Learning in Higher Education (AALHE) and received their Outstanding Achievement Award. She is the Editor-in-Chief for New Directions for Teaching and Learning and serves on several different editorial boards for higher education journals. Dr. Wehlburg received her Ph.D. from the University of Florida in Educational Psychology. 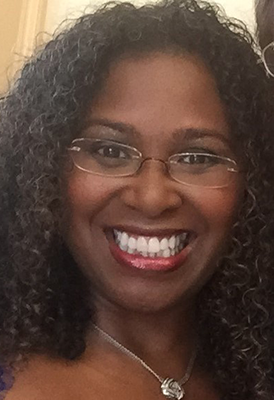 Before joining ISD, Pamela served as a Policy and Budget Analyst for the Policy and Budget Development staff in OPE’s Policy, Planning, and Innovation Office. Pamela has almost 30 years of experience in postsecondary education policy issues, including budget formulation, research and policy development for low-income, first-generation college students. She was the policy lead for various programs focusing on improving access for low-income and disadvantaged populations in higher education, including TRIO, GEAR UP, Graduate Assistance in Areas of National Need and the Jacob K. Javits Fellowship program. Pamela served as the lead analyst in the formulation and presentation of OPE’s $4.1 billion program budget. Among her accomplishments at ED, Pamela drafted legislation and regulations for the TRIO, GEAR UP and Migrant Education programs, and also created, implemented and maintained two new web-based statistical analysis tools for the Equity in Athletics Disclosure and Campus Crime Act that allow members of the public to access departmental data for research, as well as the relaunch of the Faculty Research Abroad Program. 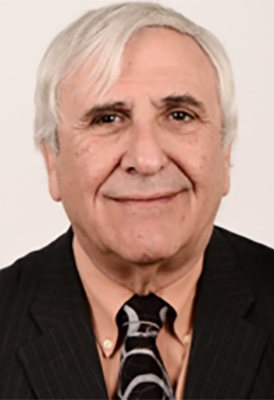 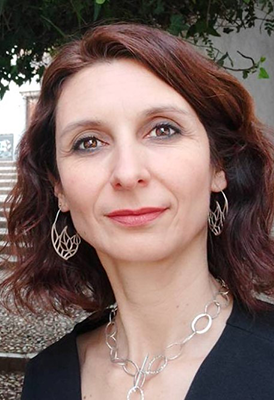 Marina's international experience has taken her to work at Tampere University in Finland and Al Akhawayn University (Morocco). In 2005, she moved to Universitat Rovira i Virgili (Tarragona, Spain), where she is Director of International Relations, heading both the strategic and the managerial part of international relations. She has served in the leadership of the EAIE in various positions from 2007 to 2018 and as member of the Management Board of the Center for Higher Education Internationalisation from 2016 to 2020, where she now pursues her PhD studies. She is an EAIE Trainer and presents at several conferences internationally (EAIE, NAFSA, APAIE, AIEA, ACA, DAAD, CampusFrance among others). She was the creator and coordinator of the "SUCTI Project", an Erasmus + Strategic Partnership project, which was awarded the EAIE President's Award in 2019 and a Good Practice mention by the European Commission. Nowadays, she coordinates and participates in several other European projects on internationalisation. She has been also recognised with the EAIE Rising Star Award in 2009 and the SGroup IMPACT Award in 2016. 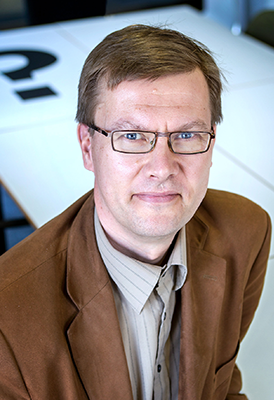 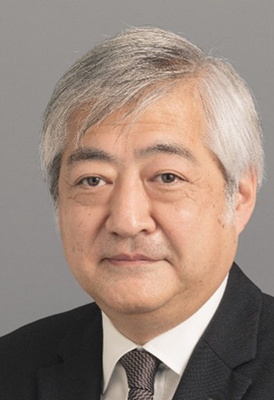 Professor Obi holds a Bachelor (BSc) and a Master of Science (MSc) degree in mechanical engineering from Keio University and a Doctor of Engineering (Dr.-Ing.) degree from the University of Erlangen-Nuremberg in Germany. His research interests include fluid mechanics, turbulence modelling, and computational mechanics. He has held several international leadership positions at the university, including dean of the International Center and vice president for International Collaboration. He has also served on various committees of the Japanese Ministry of Education, Culture, Sports, Science and Technology (MEXT) dealing with international education and scholarship programs. 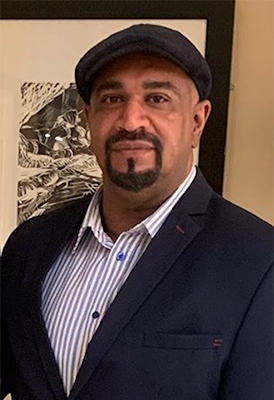 Dr. Lavern Samuels is a dental surgeon and medical scientist with a special interest in oral medicine and broader public health. Currently, he serves as the Director of International Education and Partnerships (IEP) at the Durban University of Technology (DUT). He was the Senate Representative on the University Council and the Council EXCO for 16 years. He is also the immediate past Chairperson of the DUT Institutional Forum, a position he held for 14 years. Dr. Samuels is the President of the International Education Association of South Africa (IEASA). In addition, he is the Chair of the Southern African Nordic Centre (SANORD), a consortium of 60 universities across 15 countries from the Southern African and Nordic regions. Dr. Samuels is a member of the steering committee of the International Virtual Exchange Consortium (IVEC) and represents South Africa on the Network of International Education Associations (NIEA), the peak global body for international education associations.

Having come from the field of Health Science, Dr. Samuels has served as the academic head of the Departments of Dental Sciences and Environmental Health in the DUT Faculty of Health Sciences. He also served as the Deputy Dean and Acting Executive Dean in the Faculty of Health Sciences, prior to his current role. Dr. Samuels served a five-year term as a board member of the Health Professions Council of South Africa (HPCSA) and served on the Ethics Monitoring Advisory Committee of the internationally funded Reducing HIV in Adolescents research project.

Dr. Samuels has accumulated vast experience in internationalisation, having previously served as the president of the International Education Association of South Africa (IEASA) from 2012- 2014. He served five years on the Foreign Qualifications Committee of the South African Qualifications Authority (SAQA). In addition, he is a Board Member of the International Centre for Non-Violence (ICON) and the ML Sultan Charitable and Educational Trust.

May 28-30 at Disney's Coronado Springs Resort