⇐ Back to the All In, All Pink Homepage 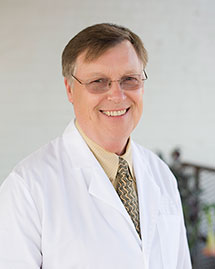 Dr. Pittard attended medical school at the Medical College of Georgia. He began private practice at Lee Obstetrics & Gynecology in 1980 after completing his residency and serving in the Navy. Dr. Pittard now practices gynecology only after delivering babies for Lee Obstetrics & Gynecology for nearly 30 years. He was board certified by the American Board of Obstetrics and Gynecology in 1979. He is currently serving as the Chairman of the Board for East Alabama Medical Center and has previously served as their Chief of Staff. He has also served as the President of the Medical Association of the State of Alabama and has been on the board of Blue Cross Blue Shield of Alabama. He is also a member of several professional societies, including the American College of Obstetrics and Gynecology and the American Association of Bariatric Physicians. Dr. Pittard is an Auburn resident.